HOME / NEWS
AUTOGRAPHS
SIGNED COMICS
LETTERS/GIFTS
INTERVIEWS
EVENTS/VIDEOS
PHOTOGRAPHS
MY PROPS
ABOUT ME
"Dear Mr. Cam Clarke, My name is Rutger. I'm from the Netherlands and a huge TMNT fan...".
That's how I started my first letter to a TMNT actor on January 20, 2006. Welcome to my website dedicated to the biggest TMNT autograph collection in the world. With this website I want to keep you all updated on my latest autograph additions and any related events and interviews! 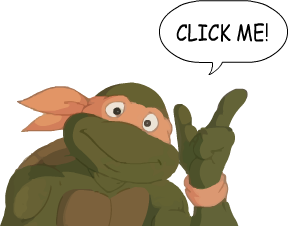 April 02, 2022:
And just like that 2021 flew by! But even though covid was still around, I was able to make a childhood dream come true. Bringing out my very own comicbook officially through a publisher.
So happy, but it was a lot of work. And the whole TMNT autograph collecting got very sidetracked.

But it's a year later and I finally have a great new addition. Danny Trejo from 'Dusk 'till Dawn' and 'Machette' fame, came to a Belgian comic con. And I gave a friend a nice picture of Newtralizer.
Danny Trejo signed it for me and that is another voiceactor I'd never thought I'd get. You can check it out in the Nickelodeon 2012 series section. Booyakasha!
April 07, 2021:
And already another 15th anniversary update. I've been trying for years, but I finally got in touch with Mark Ginther who was the suit actor for Rahzar on Turtles II: Secret of the Ooze! I sent him a Rahzar picture and a Tokka & Rahzar picture in the hope I can have that second one double signed in the future
Go check out these awesome and long sought after autographs in the Secret of the Ooze section.
As well as a little signed note from him. Go ninja, go ninja, go!
April 04, 2021:
Alright! Another 15th anniversary update. The awesome and populair Youtube channel 'The Old Turtle Den' did an item on my TMNT collection in general as well as my TMNT autograph collection.
So if you are curious about all the TMNT toys, items and movieprops then check out his latest video

I made whole new item in the EVENTS/VIDEOS section, but you also view it directly on his channel THE OLD TURTLE DEN of course!
Go check it out and untill the next update! Cowabunga!
March 09, 2021:
Alright, since this year marks the 15th anniversary of my TMNT autograph collection I decided to find some time to find and write some new TMNT actors. I sent out some photos and letters and today the first one came back!
I wrote David Moo since I had a new address and I'm so pleased he responded. David Moo had a great part in the Ninja Tribunal season playing Faraji Ngala, one of the 4 Acolytes training alongside the turtles. The cool thing is I have all 4 Acolytes now!

David also voiced the Admin Wizard in the Back to the Sewers episodee 'SuperQuest'. He sent me 2 autographed photos which can be seen in the 2K3 section and in the Back to the Sewers section. He even added a nice note!
Really Cool and glad to have a new addition. Talk soon and stay green!
January 14, 2021:
Wow! More than a year has gone by without updating this website! And what a year 2020 was. Corona, Corona, Corona... and we're still not done.
On the other hand, things are actually going really well! I'm a bookillustrator and comicstrip artist now and really living my dreamlife. And yes I'm still a diehard TMNT fan. Heck it's NECA's fault that I now want all the '87 cartoon accurate figures as well.

But I started this year with great news. First of all as of this month my TMNT autograph collection is 15 years old! Wow time flies! And for the first time in 15 years I finally managed to contact the last Turtle actor I was missing, David Forman, the original Leonardo! Thanks to my good friend Michelan Sisti he contacted me. And sent me a great autographed photo as you can see in the 1990 movie section. Really happy and a great addition during this anniversary. See you soon hopefully and stay safe. Cowabunga!
October 24, 2019:
Having so many hobbies, 3 jobs a girlfriend and a mother to take care of sure takes away all my time... I'm really focusing on other things lately, but TMNT will never die Heck I even backed the NECA Lootcrate with Spirit Splinter!
A buddy of mine went to the German Comiccon Dortmond (Spring edition) on April 13th to meet Kevin Nash and get me a Super Shredder autograph! I've been trying for so long to get his autograph. And now you can see in the Secret of the Ooze section. Really happy. And still...slowly..my collection grows. See you soon!
March 2, 2019:
I know it's been quiet again, but life is crazy I'm getting famous in Northern Europe as the official Dutch Lucky Luke, traveling and visiting Comic Cons. So hunting online for TMNT people and writing them isn't really a priority anymore. Fortunatly another TMNT artist came to one of those Comic Cons, in Brussels this time. And it was none other then Simon Bisley who worked with Kevin on the Body Count comics!
I asked for a quick pencil sketch since he was booked with commissions and he made me an awesome 10 by 16 Raphael bust which you can see in the Artists alley here. Got his picture too :D He is just an awesome dude! So glad I met him.
September 29, 2018:
Alright! Finally got my signed photo of Paige Turco from the London Film & ComicCon. I still needed one from the third movie.
The cool news from today is that I went to a Comic Con in Belgium called FACTS. And David Tennant was there. You all know him as Doctor Who, but he also voiced professor Zayton Honeycutt a.k.a. The Fugitoid in the Nickelodeon 2012 series.

In other news. I was going to meet Sean Astin this saturday at a comic con, but as you all may have read, his mother Patty Duke passed away last Tuesday so of course he's not attending. My thoughts go out to him and his family. I hope to meet him in August of this year.
March 15, 2016:
Found this awesome voice actor called Kevin Schon and contacted him. He's a great guy and well known for voicing Timon on the Lion King series and sequels, but he started his career with TMNT back in the 90's
He voiced Merdude, Creepy Eddie and Hamato Koji. I sent photos of those 3 characters and he sign them for me. Today they arrived in my mailbox. You can find them in the 80's cartoon autograph section.
February 23, 2016:
The ever so lovely and awesome Peter Renaday signed and sent back my photos. Whenever I approach an actor for the first time, I tend to be carefull and don't send out stacks of photos. Back then I sent Peter a Splinter and Vernon picture and this time a Hamato Yoshi, General Traag and Pinky McFingers.
You can find them in the 80's cartoon autograph section. He also included another nice letter.
February 16, 2016:
And...another one. Wow my batch from last month is really starting to pay off. Jim Piddock signed and returned my photos from his roles as Lord Simultaneous and Overlord! You can find them in the Nickelodeon series section of course.
February 13, 2016:
I'm on a roll again! Some time ago I wrote John Kassir (well known for voicing The Cryptkeeper in Tales from the Crypt). He co-voiced the Dreambeavers with Robert Englund. Now I already met Robert Englund and had him sign my Dread Beaver and Dire Beaver photos and now John Kassir signed and returned my Dark Beaver and Dave Beaver photos.
You can find them in the Nickelodeon series autograph section. The note he added can be seen in the LETTERS/GIFTS section under 'notes'. Great additions and very happy with them!
February 11, 2016:
A new year, a new start! I send a new bunch of envelopes away at the start of this year. Some new some well known. Today the first envelope came back. Pat Fraley signed me some nice new photos of Casey, Krang and a character I was still missing, Barney Stockman. You can of course see them in the 80's cartoon autograph section.
Cowabunga!
January 07, 2016:
A special autograph landed in my mailbox today! A year ago I wrote Michael Edens. He wrote some of the 80's cartoon episodes and I choose a nice titlepage of 'Mutagen Monster' I noticed on the page that Mark Edens also co-wrote it, so I asked if he was able to have his brother sign it too. He's still very busy writing scripts and doesn't see his brother a lot so it took a full year, but I got it back double signed!
January 01, 2016:
Happy New Year dudes and dudettes! It's 2016 and you know what that means? My autograph collection is at it's 10th Anniversary! Yes It's been 10 years already since I started collecting TMNT autographs. So to celebrate I'm starting by presenting you my fresh and improved website! More to see, more to read and easier and smoother to navigate.

But there's more, throughout the year I'll be doing more to celebrate my 10th Anniversary, just keep an eye out and check the newspage regularly!
December 28, 2015:
The last days of this year are here. My buddy Jeff send me some great new additions from Geek'd Con and MechaCon that I wanted. Got a great new autographed Mikey picture from Greg Cipes. And a classic voice actor is finally in my collection. Maurice LaMarche signed my 80's cartoon picture of Chronos and the Punkfrogs Atilla and Rasputin from the current Nickelodeon series.
August 06, 2015:
Woohoo, today I received another envelope in my mailbox. Phil LaMarr returned my photos of Baxter Stockman and his mutated form, Stockman-Fly. I mean you gotta have Baxter Stockman in the collection right? Check 'em out in the Nickelodeon series section!
July 20, 2015:
After a whole weekend at the London Film & Comic Con I feel blessed! I had a great time meeting Kevin Eastman, finally. I got to hang with the most awesome TMNT guys Leif Tilden and Michelan Sisti. I met Kelly Hu who is gorgeous, Robert Englund who is awesome and got a great sketch from Jack Lawrence who draws TMNT for the UK magazine.
In the AUTOGRAPHS section check the first and second movie, the Nick toon and the artists section for these great new additions I scored over the weekend. And check the PHOTOGRAPHS section for the pictures I took with these great people. It was a blast and a report is coming!
June 23, 2015:
Back when I could send Wayne Grayson photos for an autograph, the Back to the Sewer season and the movie Turtles Forever weren't even out yet. Last month I contacted him again and I could send another batch. I sent 2 Mikey pictures and one of Metalhead (yes he voiced his 2 sentences :P). Today I got them back signed! You can check them out in the 2K3, Back to the Sewer and Turtles Forever autograph sections!
Maybe I'll receive something more in the coming 3 weeks. If not then I'll be back here after my London trip with a huge update!! Stay tuned...
June 16, 2015:
Woohoo, 2 envelopes in my mailbox today! Another voice actor I found after all these years is Terence Archie, he was more then happy to sign my Silver Sentry and Raptarr photos which can be found in the 2K3 section.